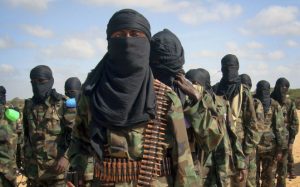 A British Asian pack of fraudsters may have been engaged with abusing billions of pounds of British citizens cash to subsidize fear based oppressor organizes in Pakistan and Afghanistan, asserts a UK media examination dependent on police and insight documents. The group, situated in London, Buckinghamshire, Birmingham, north-west England and Scotland, is asserted to have sent 1 percent of its increases from their detailed expense misrepresentation to al-Qaida in Pakistan and Afghanistan, where it financed madrasas, preparing camps and other fear-based oppressor exercises, as indicated by the spilled records seen by ‘The Sunday Times’.

An expected 80 million pounds is accepted to have been channeled out by the fraudsters as a component of an intricate VAT and advantages misrepresentation against the UK’s income office in the course of recent decades, with further increases made through home loan and Mastercard extortion focusing on banks and people. Mystery insight held by MI5 states that a portion of the cash achieved the Pakistani aggravate that housed the al-Qaida plan Osama container Laden before US powers raged it in 2011, the paper reports as a feature of a two-year examination. Their wrongdoings have allegedly cost the UK citizen an expected 100 million pounds.