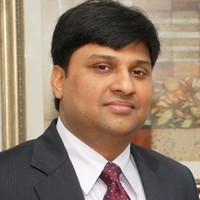 Sunil Goel, who has dragged his elder brother and Omaxe Chairman Rohtas Goel to the NCLT alleging mismanagement in the company has been allowed by the tribunal’s Chandigarh bench to inspect the documents of its promoter company, Guild Builders. A two-member bench of the National Company Law Tribunal (NCLT), Chandigarh, has asked Guild Builders to file its reply over the petitioner’s (Sunil Goel) plea to pass an interim direction restraining the company to pledge its remaining shares in Omaxe India. “Having heard the learned senior counsel for both the parties, we deem it appropriate that the reply of the respondents should be filed for disposal of the prayer regarding pledging/encumbering of the shares,” the tribunal said in its order dated November 16, 2018. Listing the matter on December 21 for the next hearing, the tribunal has directed the respondents to file the reply at least a week before the date and serving advance copy to the opposite side. “Meanwhile, Respondent No. 1 company (Guild Builders) is directed to allow inspection of the record/registers during business hours and take extract copies as asked for as per Section 171 of the Companies Act, 2013,” the bench said.