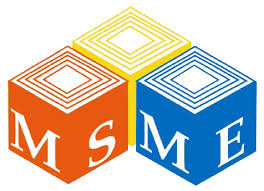 With more and more micro, small and medium enterprises (MSMEs) in India adopting new technologies to grow their businesses there is a golden opportunity for the sector as it may get as much as Rs 6-7 lakh crore annually from digital lenders alone by 2023, according to a new report. There are about 6 crore small business units (MSMEs) in India, and lack of formal credit is one of the major hurdles for them. MSMEs are considered as the backbone of the Indian economy, given their contribution of about 30% of the gross domestic product and 49% of the country’s exports. Still, MSMEs contribution to the GDP of India is as much as 10% lower than in the US and 23% than in China. Unavailability of access to formal credit sources is one of the primary reasons for this gap.

Therefore, about 40% of the Indian MSMEs borrow from informal sources and end up paying an interest rate that averages 2.5 times higher than the ranges charged in the formal sector. The report, however, showed that more than 40% MSMEs in the country are now more receptive to digital lending, primarily after the introduction of goods and service tax (GST) as about 9.2 million MSMEs are now GST registered, an increase of 50% from the previous tax regime. Also, factors such as the launch of the unified payments interface (UPI) and the decline in mobile data and mobile phones cost as there is a 100% increase in MSME mobile phone adoption have led to a significant number of MSMEs to digitise their businesses. Easier and cheaper credit through digital lending has the potential to trigger a virtuous cycle for formalization: up to 85 per cent of MSMEs could be formal by 2023, said Saurabh Tripathi. According to the survey, approximately 50% of MSMEs in the country are expected to use WhatsApp payments once it is fully rolled out.