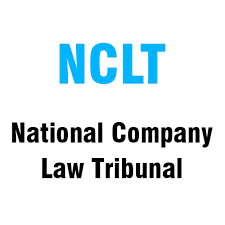 The Kirloskar family dispute has seen the three Kirloskar brothers trading charges and taking their fight to the NCLT, Sebi and courts. Sebi is investigating insider-trading charges by Atul and Rahul. Atul and Rahul have filed a case at the NCLT against Sanjay and sought his removal from KBL claiming mismanagement and oppression. KBL has indicated that Sebi is investigating whether Atul and Rahul were involved in insider trading while being part of the KBL leadership team. Meanwhile KBL’s independent probe into charges of insider trading against Atul and Rahul by justice (Retd) BN Srikrishna has been made public, which says that Atul and Rahul could be held guilty of insider trading. Another bone of contention is the fight over the ‘Kirloskar’ trademark. Fight for the Kirloskar home in upscale Pune has reached the police station and there is also vast land holdings of the Kirloskar family in the outskirts of Pune. There are charges of failure in honouring the family agreement of not getting into each other’s business. The battle has also reached their management school, Kirloskar Institute of Advance Management Studies. The Kirloskar Group business was restructured and split between the brothers again in 2008-09 after a family settlement. Sanjay Kirloskar is running Kirloskar Brothers (KBL) while Atul Kirloskar and Rahul Kirloskar managed Kirloskar Oil Engines (KOEL), Kirloskar Pneumatic Company (KPCL), respectively. Companies were created to house investments and become holding companies to deal with the complex cross holdings in the Group.