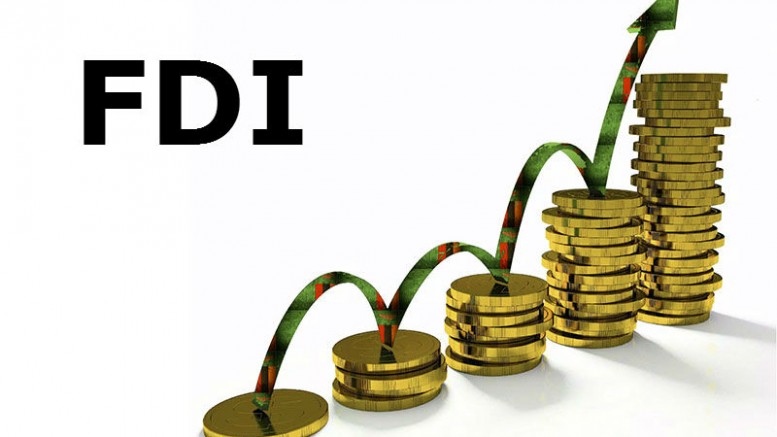 India attracted $22 billion of FDI flows in the first half of 2018, according to a UN report which states that the global foreign direct investment dropped by 41 per cent in the same period due to tax reforms carried out by the Trump administration. The UN Conference on Trade and Development (UNCTAD) said on Monday in its ‘Investment Trends Monitor’ report that in South Asia, India attracted $22 billion of FDI (foreign direct investment) flows, contributing to the subregion’s 13 per cent rise in FDI in the first half of the year. The report, however, said that with the $22 billion FDI, India just about managed to make it to the top 10 host economies receiving the most FDI during the period. China was the largest recipient of FDI, attracting an estimated $70 billion in inflows in the first half of the year, followed by the UK with $65.5 billion, the US with $46.5 billion, The Netherlands at $44.8 billion, Australia with $36.1 billion, Singapore got $34.7 billion and Brazil received $25.5 billion, it said. Global foreign direct investment fell by 41 per cent in the first half of 2018, to an estimated $470 billion from $794 billion in the same period of 2017, mainly due to large repatriations by the US parent companies of accumulated foreign earnings from their affiliates aboard following tax reforms, the report said. Overall, the global financial picture is gloomy, said James Zhan, UNCTAD’s Director, Division on Investment and Enterprise. The decline in global FDI is mainly owing to recent tax reforms implemented by US President Donald Trump’s administration that led to big firms in the US to bring home earnings from abroad principally from Western European countries. Other factors have contributed to this year’s huge difference in repatriation of overseas profits by US multinationals, Zhan said. These include uncertainty about the detail and impact of tax reform and the potential impact of unresolved international trade disputes; such as the tit-for-tat tariffs imposed by the US and China, Zhan added. In contrast to the overall decline in foreign investment, the report highlights a 42 per cent increase in so-called greenfield projects to $454 billion. These initiatives can involve building operations in a foreign country from scratch and they are seen an indicator of future trends, Zhan said, adding that investment in this sector had been at relatively low levels in the same period last year. The report noted that while the fall in foreign direct investment had happened mainly in richer nations, including Ireland (down $81 billion) and Switzerland (down $77 billion), developing economies saw FDI flows declining only slightly in the first half of the year by four per cent to $310 billion compared with 2017. This includes developing Asia – down four per cent – to $220 billion – in the same period, d