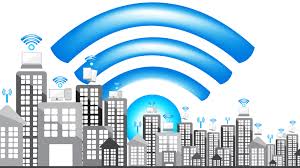 The department of telecommunications (DoT) will launch a mobile app on Thursday to enable single-click onboarding of a user through one-time login and authentication to seamlessly access any public WiFi hotspot in the country. The government believes the app, which will be launched at the India Mobile Congress, will offer users cheaper and faster internet compared to mobile data and also boost the proliferation of public Wi-Fi hotspots in the country in line with the objectives of the national digital communications policy approved by the Union cabinet last month. This would also enable offloading of mobile data traffic on to Wi-Fi networks thus easing network congestion in high density areas, potentially bringing down call drops. The government, in the national digital communications policy, has targeted deployment of 5 million public Wi-Fi hotspots by 2020 and 10 million by 2022 through a National Broadband Mission, apart from implementing a Fibre First Initiative to take fibre to the home. At present, the country has less than 40,000 such hotspots