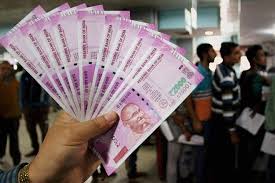 A jeweller in Punjab’s Ludhiana was duped of Rs 1.90 lakh by a couple who paid for the gold they purchased in notes issued by Entertainment bank of India according to reports. A bewildered Verma said that the couple visited his shop and showed interest in purchasing 56 grams of gold jewellery worth Rs 1.90 lakh. After the rates were fixed, the couple gave the cash wrapped in a black polythene bag and left When Verma checked the notes, he found them to be fake. Instead of the Reserve Bank of India, the notes bore the name of ‘Entertainment Bank of India. Police have initiated a probe into the matter and an FIR has been registered at Jodhan Police station against the couple now absconding.