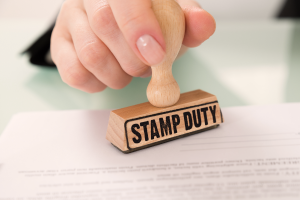 The registration department of Tamil Nadu has issued a circular to clarify that the transfer of property taking place under the Companies Act, through the scheme of arrangements for merger or demerger of the companies would be classified as the conveyance on which stamp duty is applicable Tamil Nadu has joined many other States that already have this provision. The move would increase the transaction cost of acquisition considerably, say sources. In a circular issued recently, the Inspector General of Registration, Chennai, said that the Companies Act, 2013 provides for formulating schemes for merger, amalgamation or reconstruction of companies and the same are filed with the competent authorities functioning under the Act. Previously, such schemes were sanctioned by the High Court under the provisions contained in Companies Act, 1956. After inception of the Companies Act, 2013, such schemes are filed with the competent authorities empowered under the later Act. Such schemes also provide for transfer of property from one company to another and are presented by the companies for registration before the concerned Sub Registrar.

The registering officers had some doubts as to whether such schemes sanctioned by High Court or filed with the Authorities functioning under the Companies Act attract duty under the Indian Stamp Act, 1899. The primary issue is whether scheme sanctioned by Court or filed with competent authority is an instrument that would come under the ambit of the relevant provisions of the Act. From the law laid down in and by the Supreme Court order, it is clear that any court order resulting in transfer of property between two companies under the aegis of Company Law will fall under residue Article 23 of the Indian Stamp Act, 1899, that is conveyance, said the circular. It also insists that the officials should return the instrument or copy of it back to the company or the party who presents it, if the original is not duly stamped by paying the stamp duty. This would mean huge stamp duty for property transactions during the merger or restructuring of companies in the State, said experts. The treatment as conveyance will make and ordinary business restructuring very costly.