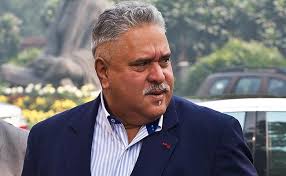 Several top officials of State Bank of India (SBI) are on the radar of the Central Bureau of Investigation (CBI) for disbursing loan to beleaguered liquor tycoon Vijay Mallya without conducting due diligence Worth mentioning here is that the fugitive businessman owes 17 Indian banks over Rs 9,000 crore, with interest. The country’s premier investigating agency is examining former SBI chairman OP Bhatt, along with more than 12 senior executives’ role in alleged wrongdoing in disbursing loans to Vijay Mallya, the business daily mentioned citing people aware of the matter. O P Bhatt served as SBI chairman between 2006 and 2011. The other top officials worked at the state-run lender’s Bengaluru and Mumbai branches, holding posts of deputy manager, group executive, assistant general manager, credit analyst, relationship manager. A SBI-led consortium of lenders did not conduct any forensic audit despite being aware of the poor financial health of Mallya’s companies, the daily quoted one of the persons cited above as saying. It further mentioned that loans were given on the pretext of promises and imaginary claims made by the former Kingfisher Airline boss. SBI — the country’s biggest lender by assets — last month said there was no leniency on its part in dealing with loan default by now defunct Kingfisher Airlines embattled tycoon Vijay Mallya. To recap, Mallya, who is facing money laundering charges in multi-crore fraud case, left India on March 2, 2016. Separately, former Reserve Bank of India (RBI) deputy governor K C Chakrabarty has also come under the CBI scanner over his alleged indiscretions as chairman of Punjab National Bank (PNB). The former central bank deputy governor’s name came up as a suspect in CBI’s probe into the debt default by Vijay Mallya-founded Kingfisher Airlines, according to a September 17. Chakrabarty was the chairman and managing director of the state-controlled bank PNB from 2007 to 2009.