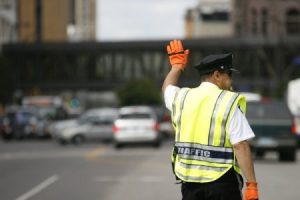 Traffic police which had received fire for its failure to recuperate pending fines for traffic violations throughout the previous two years have seen extraordinary improvement in the accumulation of fines this year. According to the division’s cases, this year the recuperation rate has expanded to 125 percent for every day when contrasted with a year ago. In any case, the pending fine sum is around Rs 100 crore. Amitesh Kumar stated, The e-challan framework was completely operational in 2017 and 2018. Prior to that, we used to gather fines physically. Since the CCTVs are connected with the e-challan framework, we saw an expansion in the number of cases enrolled. In any case, there has been pendency of recuperation of fines from the wrongdoers because of the execution of the e-challan framework. He included, the manual fine gathering framework used to result in police-open clash and raised charges of debasement among traffic police. It additionally prompted less labor in managing traffic with policemen being put on fine gathering obligation. The e-challan framework was acquainted with conquer every one of these issues. A year ago we used to gather Rs 8 lakh fines for every day, which has now expanded to Rs 18 lakh for each day. Till February this year, Rs 141 crore fine was unpaid, the number has now come down to Rs 100 crore. Because of mindfulness made by traffic police, residents are presently paying fine sum on the web, said Kumar.