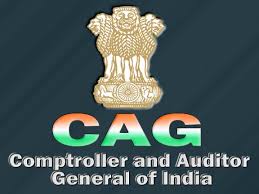 The CAG should *not shy away from holding the government accountable for decisions* like demonetisation, GST that has *caused serious economic distress* and defence purchases, PAC Chairman and Congress leader Mallikarjun Kharge said Wednesday. He also made a case for audit of public private partnership (PPP) projects by the Comptroller and Auditor General of India (CAG) saying that developments surrounding IL&FS reveal that lack of scrutiny can put the country’s financial system at risk. Kharge pitched for *greater independence* for the official auditor CAG so that it could continue to discharge its duties with greater responsibility. As a watchdog of public finance, CAG has a duty to check and report all revenue dues and the ones wrongly foregone by the executive, and also act as a custodian to ensure that no government money is spent without the approval of Parliament.

The public should not wonder why constitutional authorities are failing to hold governments accountable for decisions that cause serious economic distress such as demonetisation, GST or decisions that involve a huge amount of public money, like defence purchases, said the Chairman of the Public Accounts Committee (PAC) of Parliament. Opposition Congress has raised questions over the Rs 58,000-crore Rafale jet fighter deal and has demanded a probe by the Joint Parliamentary Committee (JPC). He said ‘outcome based auditing’ by CAG would make the government of the day accountable. Referring to the decision to demonetise high denomination currency notes in November 2016, he accused the government of shifting goal posts and changing the objective of demonetisation. Unless the government is forced to spell out the outcomes when it launched its schemes, no one would be able to hold it accountable. We have seen how government shifts goal posts once failures become apparent. For example, during demonetisation the government *kept changing the objective of the scheme* Kharge said Observing that CAG comes out with more than 100 reports in a year, Kharge said most of them see little publicity, unless there is a political interest in the report. As a constitutional body, the CAG reports should not be based on presumptions or assumptions that cast aspersions of other public servants. A populist report that seeks to built reputation of one institution by undermining public faith in another would serve neither, he said. Kharge said there are people who view CAG’s post-mortem analysis as a hindrance to decision making, but this should not deter the official auditor from holding the government accountable. The Congress leader said that the PAC has always favoured audit of PPP projects by the CAG as public money is involved. New challenges are emerging for CAG in cases of public private partnerships where public money is used to prioritise profits but socialise loses. Recent events with respect to IL&FS or LIC show how PPP models without oversight can put the country’s financial system at risk, he added. Loan default by IL&FS has created liquidity problems in the NBFC and mutual fund industry, prompting the government to seize control of the infrastructure financing firm. PSU insurer LIC is the largest shareholder in IL&FS.