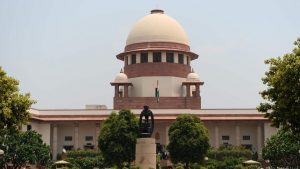 A month after the Center initiated an activity to check the number of backwoods dwellers who could confront conceivable ousting following a Supreme Court request, it has chosen to go moderate and hang tight for government development before making any stride. On March 6, the service of innate undertakings had asked state governments to check 1.95 million rejected woodland rights asserts on the ground inside a fortnight.

There has been no development on this. We have chosen to hold off any such review or intercession till June, Deepak Khandekar, secretary, innate undertakings, told. We have chosen to delay any strategy choice on this delicate issue until further notice. From the Supreme Court side, the states likewise have time till July. Khandekar said no state has sent a report up until now. The service had been pushed enthusiastically after a February 13 interval request of the Supreme Court to oust tribals and other customary timberland occupants whose claims had been dismissed under the Scheduled Tribe and other Traditional Forest Dwellers (Recognition of Forest Rights) Act, 2006. The court later put ousting on hold.