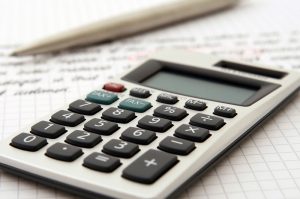 India delayed the presentation of extreme new bookkeeping rules for the second year running, in a move that will save the nation’s banks from adding another layer to the $190 billion heaps of awful advances on their books. The Reserve Bank of India said late Friday that authoritative changes expected to actualize the new Indian Accounting Standards are still under consideration by the legislature. Likewise, it has been chosen to defer the execution of the guidelines until further notice, the RBI included in an announcement its site. The new guidelines – in light of the IFRS9 principles made in the result of the budgetary emergency – should kick in toward the beginning of the new monetary year that begins on April 1, in the wake of being deferred a year ago. As per Fitch Ratings’ nearby unit, India’s state-run moneylenders would have needed to build arrangements by as much as 1.1 trillion rupees ($16 billion) in the fiscal first quarter finishing June 30 if the standards had proceeded. That would have constrained open part moneylenders to raise significant measures of additional capital, past the assessed 1.9 trillion rupee imbuement effectively dedicated by the administration for the two-year time frame as far as possible of this current month, Fitch’s India Ratings and Research said in a report a month ago.