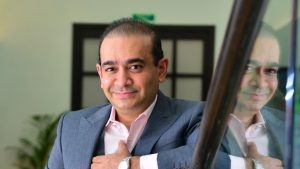 In a phenomenal move, the focal government has removed senior Indian Police Service (IPS) officer Vineet Agarwal on Tuesday from the post of unique executive at the Enforcement Directorate (ED) with prompt impact. The fund service issued a request on Tuesday in the wake of getting authorize from the Appointments Committee of the Cabinet and along these lines the ED base camp in Delhi issued the requests easing Agarwal from the post of unique executive of the organization in Mumbai.

An ED extraordinary chief, situated in Mumbai, heads the western district of the office and has authority over Maharashtra, Gujarat, Madhya Pradesh, and Chhattisgarh. The charge has now been given over in an ‘extra limit’ to the office’s exceptional chief situated in Chennai. Agarwal’s residency in the ED has been stopped by three years and the 1994-clump IPS officer of the Maharashtra framework has been repatriated to his home state. He has served more than two years in the authorization office.

Agarwal was sent on delegation to the ED in January 2017 for a long time by the focal government. His name sprung up on March 29 after he issued a request diminishing his joint chief in Mumbai, Satyabrat Kumar, from the Nirav Modi case test when the court hearing in the removal instance of the stealing away diamantaire was in progress in London.

As a discussion emitted in the delicate case, being checked at the top dimensions of the administration, ED Director Sanjay Kumar Mishra issued a crisp request in Delhi and dropped Agarwal’s marked request, inside a couple of hours. Sources state his expulsion from the position was because of his obstruction in the Nirav case, which is by and large explicitly observed by the Prime Minister’s Office. Additionally, his choice of exchanging a joint executive isn’t inside his domain.