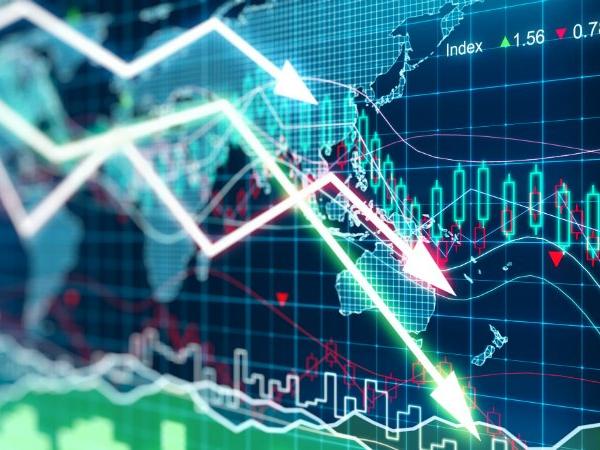 The huge sell-off by foreign investors contributed to the stock market crash last week when the Sensex plummeted by 1,850 points. Foreign investors pulled out over Rs 9,358 crore ($1.26 billion) from the Indian capital markets in the last four trading sessions on unabated fall in the rupee and rise in crude oil prices, according to figures available with NSDL. The latest withdrawal comes following a net outflow of over Rs 21,035 crore from the capital markets (both equity and debt) in the month of September. With this, foreign investors had pulled out a whopping Rs 84,115 crore from Indian markets since April this year. FPIs have been withdrawing from emerging markets, including India, following the rate hikes by US Federal Reserve. According to the latest depository data, foreign portfolio investors (FPIs) withdrew a net sum of Rs 7,094 crore from equities during October 1-5, Rs 2,261 crore from the debt market and Rs 3 crore from hybrid instruments, taking the total to Rs 9,358 crore. FPIs have been net sellers almost throughout this calendar year except a couple of months. However, the swiftness of the exit in October thus far has shaken the market, analysts said. The BSE Sensex plunged 792.17 points to end at a near six-month low of 34,376.99, while the broader NSE Nifty dropped 282.80 points to 10,316.45 on Friday. This was the fifth straight weekly loss for the benchmark indices. The Sensex declined by a massive 1,850 points or 5.10 per cent, and the Nifty lost 614 points or 5.50 per cent, during the week. The RBI maintained status quo on the benchmark interest rate in the monetary policy on Friday but warned that rising oil prices and tightening of global financial conditions pose substantial risks to growth and inflation. The central bank changed its policy stance to ‘calibrated tightening’ from ‘neutral’, while affirming its commitment to achieve the medium-term objectives to contain price rise The markets were expecting the RBI to go for 25-50 basis points hike in Repo rate. The rupee touched a low of 74 on Friday in the wake of the RBI decision and FPI withdrawals.

The status quo policy was quite surprising while under shooting inflation and recent fuel tax cut may give some leeway to the cautious sentiment. However, rupee weakened further and the market dived to new lows as risk of fiscal deficit and rise in US bond yield still impacting the outflow of foreign money, said Vinod Nair. The RBI’s shift in stance indicates that they are prepared to act to support the rupee in case recent measures don’t stem further currency depreciation. The RBI and government seem to be walking a tight rope and if market sentiment worsens further and FPI outflows from the equity and fixed income markets continue, RBI may be forced to act by raising rates quickly, said Dhaval Kapadia. The RBI has now has proposed a Voluntary Retention Route (VRR) to encourage foreign portfolio investors willing to undertake long-term investments in debt. Under the proposed route, FPIs will have more operational flexibility in terms of instrument choices as well as exemptions from regulatory provisions such as the cap on short-term investments (less than one year) at 20 per cent of portfolio size, concentration limits and caps on exposure to a corporate group (20 per cent of portfolio size and 50 per cent of a sinfor public in April 2017. The infra lending and engineering conglomerate major currently sits on a debt burden of nearly Rs 91,000 crore and has been downgraded to junk status by rating agencies following the default. Of this, Rs 57,000 crore are bank loans alone, most of which are from state-owned lenders.

A spate of debt defaults started emanating from its various group companies from September, followed by resignations of its Managing Director & Chief Executive Officer Ramesh C Bawa as well as several independent board members. On October 1, government superseded the board of IL&FS and appointed a six-member board with Kotak as the non-executive chairman. After the maiden board meeting held on October 4, Kotak briefed the media suggesting the IL&FS crisis appears more complex than it looks like as there were as many as 348 subsidiaries of the group, much larger than what was told earlier. We undertook an initial assessment of the ground reality and the way forward. We’ll meet frequently to implement the directions of NCLT and to prepare a roadmap and turnaround, Kotak, who heads private sector lender Kotak Mahindra Bank, had said. The company was earlier claiming that it had around 150 subsidiaries, including around 50 overseas. The other members on the IL&FS board are former Executive Vice Chairman of Tech Mahindra Vineet Nayyar, former Sebi Chairman G N Bajpai, ICICI Bank Non-Executive Chairperson G C Chaturvedi, and IAS officer Malini Shankar, and retired bureaucrat Nand Kishore. State-owned insurer LIC is the largest shareholder with a fourth of the equity in IL&FS, and Orix Corporation of Japan owns 23.5 per cent. Other shareholders include Abu Dhabi Investment Authority with 12.5 per cent stake, IL&FS Employees Welfare Trust with 12 per cent, HDFC with 9.02 per cent, Central Bank of India with 7.67 per cent and State Bank of India (SBI) with 6.42 per cent at the March-end 2018. Both the LIC and SBI Chairmen have stated that they will look at every opportunity to resolve the IL&FS crisis and won’t let it fall.