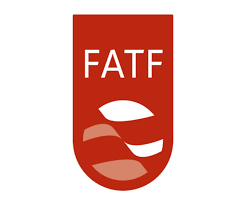 Not impressed with Pakistan’s efforts to combat terror financing, a delegation of the Financial Action Task Force (FATF) has asked it to do more to strengthen its legal framework if it wants to avoid being blacklisted by the Paris-based anti-money laundering watchdog, according to a media report on Thursday. Currently placed on the FATF’S ‘grey list’, Pakistan has been scrambling in recent months to avoid being added to a list of countries deemed non-compliant with anti-money laundering and terrorist financing regulations by the FATF, a measure that officials here fear could further hurt its economy. A second team of experts from the FATF arrived over the weekend to review the progress made by Pakistan on an action plan agreed in June to address global concerns. Dawn reported that the delegation of the Asia Pacific Group (APG) of the FATF was not impressed with the progress made by Pakistan so far as it *found the legal framework insufficient* and the institutional arrangements weak. According to sources, the delegation feared that the *setup installed for scrutinising the activities of non-profit organisations, brokerage houses, exchange companies and donations of corporate entities – registered under the companies act – was not robust enough. The sources said that the APG believed that even in areas where the legal framework appeared vigorous, the implementation mechanism was not geared to track down financial flows of the entities in question, because the agencies involved were not well-connected, according to the report. This weakness was prominent in real estate brokerages where large business transactions remained outside the ambit of legal records.

A team of the Securities & Exchange Commission of Pakistan (SECP) reported to the APG that brokerage houses were largely documented though real estate dealers and their operations were generally outside its area of regulation. The APG also noticed shortcomings in commodity trading – and the effectiveness of laws against money laundering through cross-verification of service providers. The sources said the delegation asked the relevant authorities to issue deadlines for resolving the flagged weaknesses so that the problems could be remedied and future performance evaluations be made on the proposed matrix. The authorities would also have to properly record the number of donation boxes placed by religious and other organisations at restaurants and business centres among other places. Besides, all currency and real estate dealers would have to record every transaction – both small and large. The purpose of the mutual evaluation visit is to assess the effectiveness of Pakistan’s Anti-Money Laundering and Counter Financing of Terrorism (AML/CFT) regime under FATF methodology. The visiting team included Ian Collins of the United Kingdom’s Scotland Yard, James Prussing of the United States Department of the Treasury, Ashraf Abdullah of the Financial Intelligence Unit of the Maldives, Bobby Wahyu Hernawan of the Indonesian Ministry of Finance, Gong Jingyan of the Peoples Bank of China and Mustafa Necmeddin Oztop of the Turkish Ministry of Justice. In June 2018, Pakistan made a high-level political commitment to work with the FATF and the APG to strengthen its AML/CFT regime and to address its strategic counter-terrorism financing-related deficiencies by implementing a 10-point action plan. The successful implementation of the plan and its verification by the APG is a prerequisite for the FATF to remove Pakistan from its grey list. Earlier in August, the APG – as part of the mutual evaluation -identified a series of deficiencies in Pakistan’s AML/CFT mechanisms. By the end of September next year, Pakistan must comply with the 10-point action plan it committed to with the FATF or else it will fall into the black list. The authorities arerequired to upgrade agencies and their human resource assets to be able to handle foreign requests to block terror financing and freeze illegal assets The authorities are working on strengthening laws for extradition of those involved in terror financing and money laundering on requests from FATF-member countries. By January next year, Pakistan will identify and assess domestic and international terror financing risks to and from its system to strengthen investigations and improve inter-agency cooperation, the Federal Investigation Agency, the State Bank of Pakistan, the SECP, banks, the interior department as well as all other associated federal and provincial agencies, the report said.