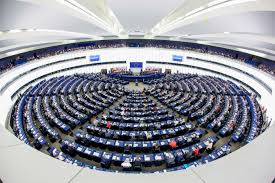 The European Parliament voted overwhelmingly Wednesday for an EU-wide ban on single-use plastics such as straws, cutlery, cotton buds and balloon sticks. The European Commission, the 28-nation EU’s executive arm, proposed banning such items that it said account for 70 perc ent of the waste in the oceans and beaches. The European Parliament in Strasbourg, France, voted for the ban on single-use plastic by 571 votes for, 53 against and 34 abstentions. The legislation which supporters want to take effect by 2021 must still be approved in negotiations involving the member states, parliament and the commission. Under the ban, drinks bottles and other plastics will have to be collected separately and recycled at a rate of 90 percent by 2025. The legislation calls for reducing waste from tobacco products, especially cigarette filters containing plastic, by 50 percent by 2025 and 80 percent by 2030.