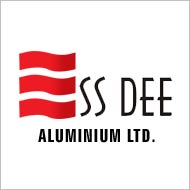 The bankruptcy and insolvency law has finally caught up with Sudip Dutta, the promoter of Ess Dee Aluminium, whose incredible rags-to-riches story came to an end. Dutta, a migrant labourer in Mumbai, who went on to own a big chunk of the packaging industry he once worked for, is now re-entering the insolvency process with the revocation of a stay order his company managed to get from the Calcutta High Court. With the stay order gone, the bankers can now set up the Committee of Creditors the recent order of the Kolkata bench of National Company Law Tribunal (NCLT) said. The interim order is thereby vacated directing the Interim Resolution Professional to proceed with the CIRP (Corporate Insolvency Resolution Process) by constituting the CoC (Committee of Creditors) as per law, Judge K R Jinan said in his October 4 order. Some of the Rs 865 crore of loans given by banks to Ess Dee, half of which was lent by State Bank of India, may now be recovered. In its order, NCLT has ruled that resolution process can’t be prevented just by paying off one of the many creditors of Ess Dee, which was one of the largest packaging suppliers to the pharma and the FMCG sector. Here the State Bank of India which is representing the consortium bank already filed its claim and came forward to participate in the proceedings, which has been ordered to be initiated against the corporate debtor, the NCLT order says. Admittedly, the settlement arrived at by the operational creditor and the corporate debtor is without the participation of other claimants who came forward subsequent to the public announcement. So their claims can’t be neglected for the reason that the corporate debtor has discharged its liability due to one of the operational creditors, the order says.