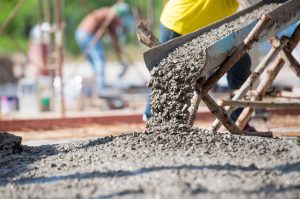 India’s concrete industry saw a 13.6% year-on-year increase in volume to 275.7 million metric tons in the initial ten months of the current financial, driven to a great extent by rustic and moderate lodging, as indicated by a report by FICO assessment office ICRA. The growth was nearly double the 7% expansion figure by the organization. In any case, ICRA said that the sharp increment is probably not going to convert into any important benefit development or improved edges amid the year inferable from the failure of the business to verify any huge cost increments and on the grounds that makers have been exposed to cost weights for a great part of the year. We expect volume development at 8% for FY2020 driven generally by country and moderate lodging request and improved spotlight on framework portions—basically street, metro and water system ventures, said Sabyasachi Majumdar. On the limit side, we expect around 17-18 MTPA to get included 2019-20. With the gradual interest of around 24-28 million MT being more prominent than the steady supply, this is probably going to mean improved limit usage albeit past limit overhang is probably going to keep the use at moderate dimensions – at 69% in FY2019 and 71% in FY2020, he said. At the skillet, India level, costs in many markets were 3-8% lower between April 2018 and February 2019 than a year back, as per ICRA. This, alongside higher information costs, put weight on the productivity of concrete organizations, it said.